From the very beginning of time, the wicked have been been attempting to deceive those to whom God has revealed his truth.  Those deceptions have sometimes been blatant, but more often than not they’ve been subtle; somewhat-credible sounding ideas that generally fly under the radar of most folks.  In the last few decades, one of the most widespread errors I’ve encountered is the error of generational curses.

There is no single version of the error of generational curses, but it’s an error that has found acceptance with a lot of people.  For introductory purposes, let’s answer two questions:

Well, it’s all over the place: 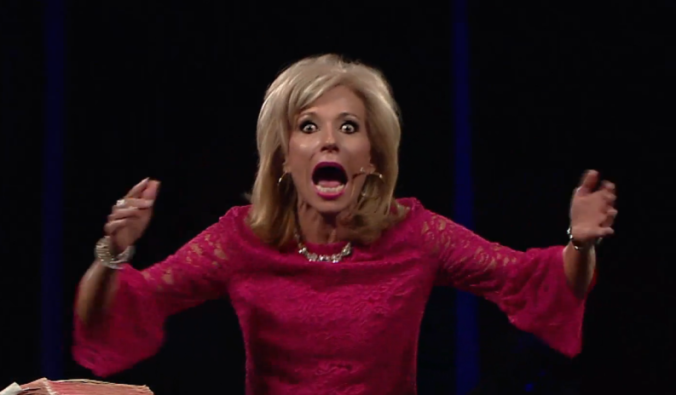 Beth Moore teaches a soft generational curse that’s essentially a predisposition towards certain sin; “negative traits or habits in your life that have been in your family line for generations.” Moore further describes what she calls generational strongholds by saying “these areas of bondage are anything you may have learned environmentally, anything to which you may be genetically predisposed, or any binding influence passed down through other means.”

That’s an interesting way of leaving the door open for demons.  Notice how she says environment, genetics or “passed down through other means?”  If you habitually commit a sin and it’s not something you learned from someone else, and it’s not something that has a genetic cause, then it’s gotta be “something else.”  Strangely, that “something else” is never your own sinful desires or willful rebellion against God.

GreatBibleStudy.com is a site that is often quoted on this issue, and they’re nowhere near as subtle as Beth Moore.  They define a generational curse as “spiritual bondage that is passed down from one generation to another” and comment on how people will commit the same sins as their parents, even if they’ve never known their parents, “because they inherited their spiritual bondage.”  When it comes to diagnosing generational curses, they write:

Some common symptoms of generational curses are family illnesses that seem to just walk from one person down to the next (cancer is a common physical manifestation of a spiritual bondage), continual financial difficulties (they continually hit roadblocks in their finances), mental problems, persistent irrational fears and depression. Anything that seems to be a persistent struggle or problem that was handed down from one generation to another may very well be a generational curse.

If only oncologists knew about the “spiritual bondage” roots of cancer, they could avoid all those horrible medical treatments. 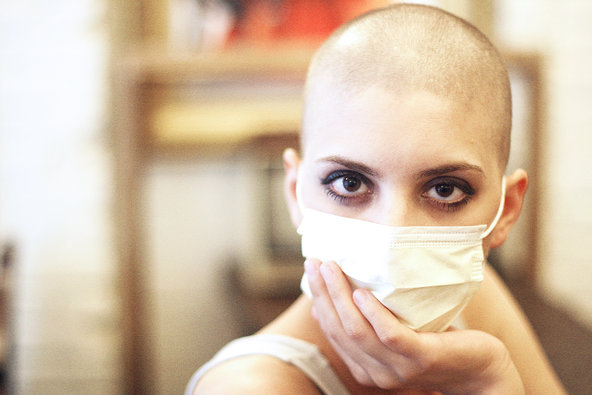 Basically, anything that is a repetitive sin is likely a problem because of some sort of inherited spiritual condition from your parents that is not due to your sin nature.

In fact, generational curses likely have the blame ultimately lying with God.  The folks at GreatBibleStudy write: “I believe the reason God would punish the future generations with the sins of their fathers, is because of God’s bitter hatred for sin.”  Because God hates sin so much, he forces your kids to (unwillingly and unknowingly) commit the same sin that you do in order to try to scare you off the idea of sinning.

This hard version of generational curses teaches that demons are passed down from parents to children.  They write, “It is possible for demons to enter a child before he accepts Jesus, then remain dormant or hidden in that child’s life until some time later in his or her life when it manifests (or makes itself known).”  And those demons remain after that person gets saved.  They say, “Sometimes when a person heads for the ministry, it seems like the devil kicks up his ugly heels and causes havoc for that person.”

How do demons remain inside a believer once they’re saved?  Two words: Legal Grounds.  The GreatBibleStudy author writes

If you have involved yourself in any sin or opened any doors in your own life while ‘awaking’ or triggering the spirits, then it’s important that you clear up any legal grounds (or strongholds) that you gave the enemy in your own life relating to the bondage. For example, if you have went to see a demonic movie, and it seemed to have triggered spirits of fear in your life that were handed down to you, then it’s important to repent for going to see such a movie before trying to cast out any spirits. It’s also possible that you picked up the spirits from such a movie without them even being there in the first place, and/or added to spirits that were already inside you. It’s always a good idea to clear up any legal grounds or strongholds in your own life before casting spirits out.

Better stay away from the movies.  You might catch a cold…or a demon. 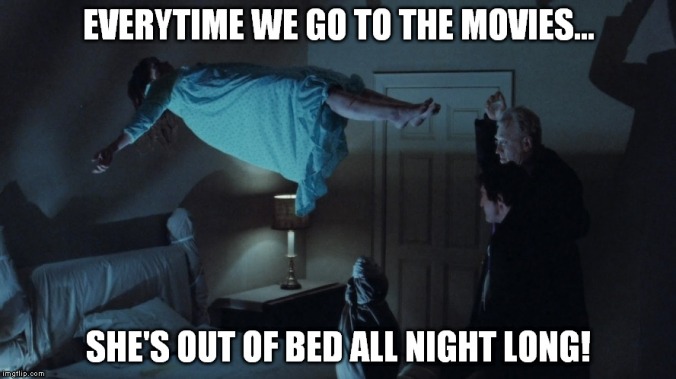 Getting rid of those demons doesn’t happen when a person gets saved either.  They write,

Let’s say that you accept Jesus at age 15. Because you were born a sinner and outside of God’s covenant, you were still living under the curses handed down to you and demons can enter you through those curses. Once you’ve accepted Jesus, those curses are broken automatically, but often the demons that entered in before you accepted Jesus still need to be cast out.

This is a common reason for “deliverance” ministries; Christians with demons that never were evicted from their host.

There are lots of other people and websites that teach generational curse ideas:

GotQuestions has an oft-quoted article that’s a soft version of generational curses.

Sid Roth is barking mad on the hard end of the spectrum.  Not only does he claim to be able to get rid of generational curses, he also claims to know how to actually remove original sin. 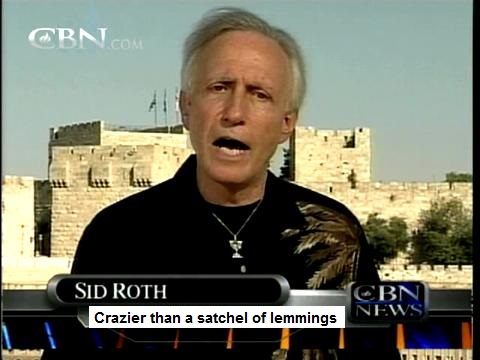 What’s worse is that these ideas have penetrated into non-Charismatic circles too.  One of the most well known books touching on generational curse would be Neil T. Anderson’s The Bondage Breaker.  Martin Bubeck teaches generational curse ideas (and his work is endorsed by Chip Ingram and Warren Wiersbe…?!?).  Also, Bill “laying on of hands” Gothard also teaches generational curse theology: although he’s creepier than a potty-peeker, he’s still impacted a lot of people (I don’t have a digital link for that as my resources are print materials). 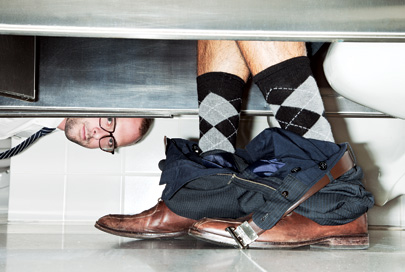 Before his church went full Chernobnyl, Mark Driscoll taught this stuff too (but the Mars Hill website is now wiped from existence, along with all its content, though remnants still remain…).

This teaching runs wild all over Africa, with prosperity hucksters like David Oyedepo being both open and proud about it (if you have the stomach, watch this).  Here’s some teaching on generational curses form Enoch Adeboye (general overseer of one of the largest denominations in the world; The Redeemed Christian Church of God).  Here’s TB Joshua (one of the 50 most influential men in Africa) as he is addressing the subject.   He’s like the real life version of The National Enquirer. 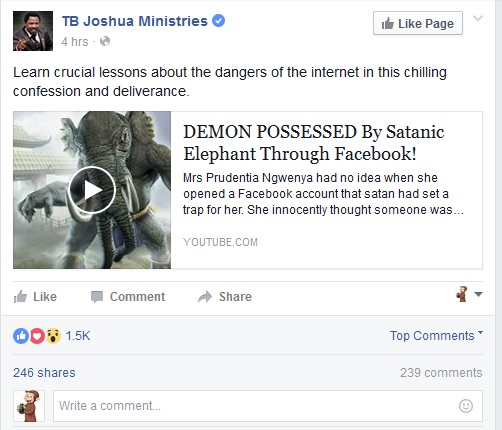 I don’t know what it looks like when a demon is possessed by a “Satanic Elephant,” but it’s probably not good…

Sadly, those men are of no small impact on the continent of Africa.

Speaking of men of no small impact, Chris Hodges and the Church of the Highlands teach about generational curses (pg.39 of that pdf)  along with how to break them (pg. 8 of that pdf).  I just thought I’d toss that in there in light of my new fans in Alabama.

I know this post is short, but as I did with my modesty series, I’ll try to do here.  I’ll aim to keep these posts short and fairly punchy.  It takes no small effort to rein in my own penchant for writing 4,000+ word book-length posts, but I am actively trying to be more reader friendly and accessible.

Next week I’ll explain the textual support for generational curses and in the following week I’ll remove any exegetical foundation that one might attempt to uncover in the Scripture.  Then I’ll spend a week (or two) addressing the positive Biblical teaching relevant the ideas falling under the “generational curse” banner.

Hopefully, I can provide some helpful exegetical material to use against the spiritual rubes that attempt to convince trusting Christians to swallow their ideas. 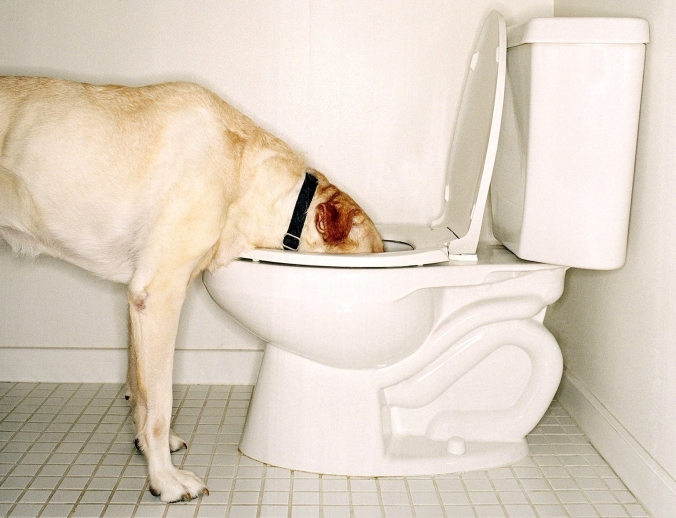